Join Eola Hills Wine Cellars on Wednesday, October 24th for a night of laughter and wine!

Nationally recognized comedians travel the country tasting local wine and making new fans in this new comedy circuit that brings quality comedy to folks for a fraction of what antiquated comedy clubs demand. Come out for a night of hilarious comedy and great local wines. This comedy tour takes top comedians who you’ve seen on TV and sends them out on the road to perform at wineries throughout the country. Find out which wine pair best with hysterical laughter when The Winery Comedy Tour comes to Eola Hills!

Anthony Kapfer is a NYC comedian, musician, filmmaker, cartoonist, author, narcissist, and native of planet Earth. He stars in the film MUTE DATE, on Amazon Prime. He has also been seen on The Comedy Show Show, on NBC’s Seeso. He is in the film Better Off Single, on Netflix. Anthony has also appeared on the FOX comedy TV show, Laughs. His comedy has been featured on Sirius XM Radio. His first book, entitled Book: The Book, is out now. It’s available on AnthonyKapfer.com, as well as Amazon.com. 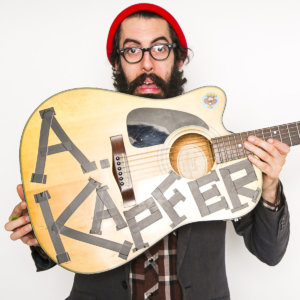 Daniel Crow has also been featured on AXS TV’s Gotham Comedy Live, appeared on Sirius XM radio, opened for Rob Schneider, and played at clubs, colleges, theaters, and holes in the wall all over the U.S. and Canada. He doesn’t like to brag but that is very impressive. 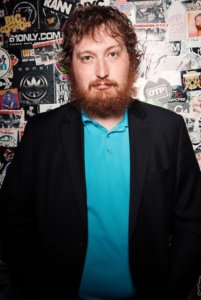